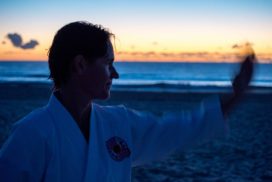 Sandra Phillips (pictured right with husband Martin Phillips) has been studying Chito-Ryu Karate-Do since 1990 and started her competitive career in 1993. Sandra has represented Australia on a number of occasions, competing at the International Chito-Ryu Karate-Do Championships since 1995, which is the highest level of competition for the Chito-Ryu style held every 3 years. 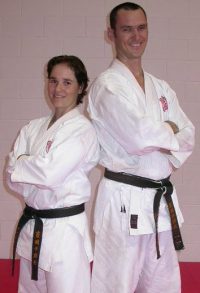 Throughout her international competitive career, Sandra has consistently ranked in the top three in her division every time she has competed at the Soke Cup, winning gold in 2004. Sandra’s latest achievement was gold in 2017, and she also helped husband Martin to coach students to achieve podium positions including most recently six gold medalists, 3 silver medalists and 3 bronze medalists in 2017.

In the year 2000, Sandra and husband Martin co-founded Sunshine Coast Karate in Maroochydore, Sunshine Coast, Australia.  Since the year 2000 they have worked with thousands of people of all ages not only in the dojo, but they have also helped students transfer valuable life skills into their everyday lives.

Sandra continues to  balance weekly karate training along side of time with her family, teaching, studies and writing.

Sandra’s greatest passion is in serving others.  In her words “there is no greater satisfaction than to help another person reach greater heights in their lives”.  Sandra strives to grow with every day as a student of karate and of life whilst actively documenting many valuable lessons along the way.

As a result of documenting her life lessons, Sandra (pictured left with children Sami and Steven) is now creating ‘A Way of Living’ book series.  In this series, she shares much of her learning with the goal to help people of all ages to: 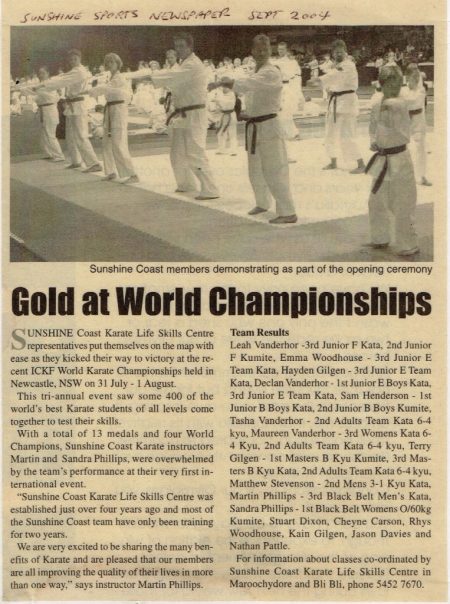 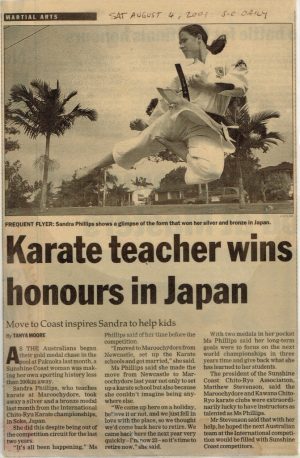 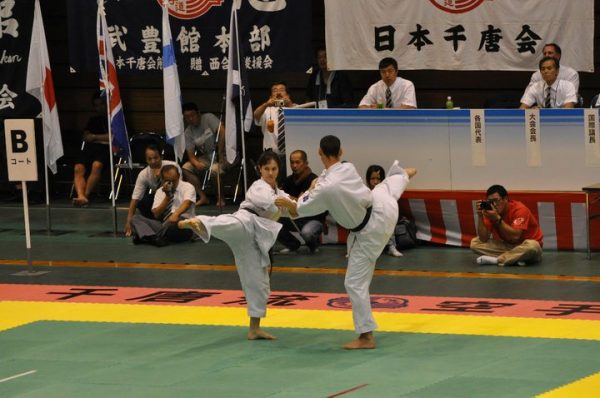 This page was last updated:  September 2017