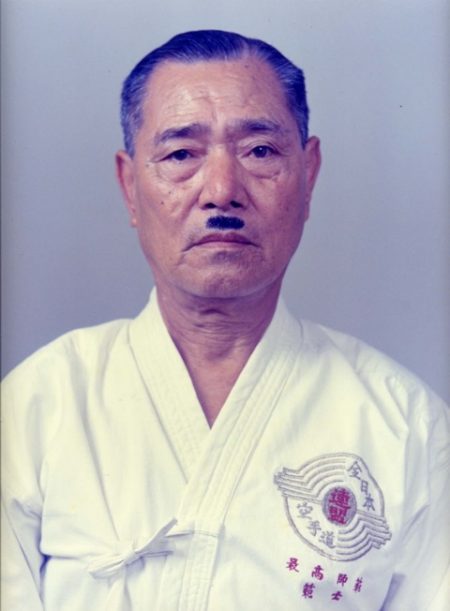 The founder of Chito-Ryu Karate-Do, Chinen Gua (1898-1984) who later changed his name to Tsuyoshi Chitose  was born in Naha, Okinawa.  He was later affectionately known by his students as O Sensei (great teacher).  He began his training in Tode (Chinese Hand) at the age of 7 under Aragaki Ou, the 5th master of Tode.  When his first teacher passed away, O Sensei became the 6th master of Tode, and as a young man continued to learn from and train with many Okinawan masters of Shuri no Te, Naha no Te & Kobu-jutsu (Okinawan weapons).

O Sensei loved to put his skills to the test in kakedameshi (field combat).  He would often challenge other martial artists both unarmed and armed to fight.  As a result he skills were not just theoretical, they really worked.  It was because of this desire to test his skills that in his later years he strongly promoted the practise of kumite with bogu (protective armour) amongst his students.

When O Sensei moved to Japan he studied medicine at Tokyo university and continued to study the martial arts.  Not only did he continue to study what had now become known as karate-do, he also gained senior dan ranks in judo, kendo and other martial arts.

In 1946, O Sensei opened his own dojo in Kikuchi, Kumamoto and began to form his own system (style) that eventually became known as Chito-Ryu.  It was soon after this time that he took on a few key students that were instrumental in taking his system to North America (Canada & USA) and in turn other parts of the world. 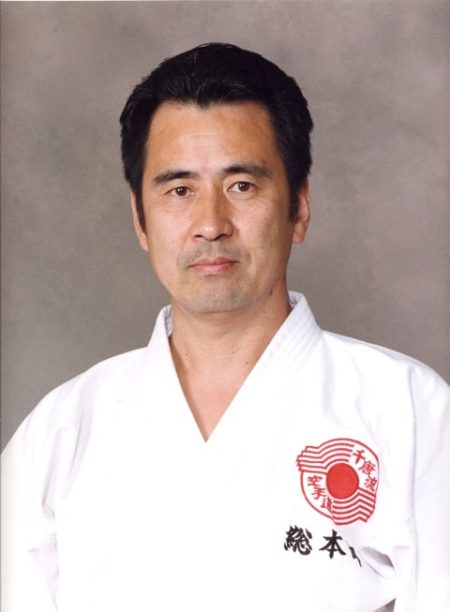 After O Sensei’s passing in 1984, his son, Yasuhiro Chitose, assumed his father’s name, Tsuyoshi Chitose, and became the new supreme instructor of the International Chito-Ryu Karate-Do Federation and 2nd generation Soke.  Since that time, Soke has travelled around the world teaching and continuing to develop his father’s system.

“Many of our younger and junior ranked students may not fully appreciate the opportunity afforded by these annual visits from Soke. It is like receiving music tuition from Mozart, a soccer lesson from Pelé, or a science lesson from Einstein.

Soke has an incredible Martial Arts’ pedigree. His father was the renowned Okinawan ‘Kake-Dameshi’ (Challenge Match) fighter, Tsuyoshi Chinen, later changing his name to Chitose and affectionately known in Chito Ryu circles, as O’Sensei. Chitose Snr, became the Sixth Master of Tode, in a successive lineage that began with; the First Generation Beechin Chinen, who along with the Second Generation Beechin Matsumura, was a member of King Shokei’s Royal Guard, the Third Generation Uekata Awane was a member of King Shoiku’s Royal Guard, Fourth Generation was Beechin Hokama, and the Fifth Generation was Chitose’s teacher Sesho Aragaki. He was also under the tutelage of such luminaries as; Chotoku Kyan, of whom I was told by Soke, was very influential in his father’s later direction, and Kanryo Higaona, where he became close friends with another student, the well-known Chojun Miyagi founder of Goju Ryu.

O’Sensei continued his martial arts career in Tokyo where he studied medicine and became one of the early pioneers introducing Karate to the Japanese mainland. In Tokyo, he assisted the spread of Karate by teaching in Gichin Funakoshi’s Dojo, the founder of Shotokan, a colleague from Okinawa. Later in life, O’Sensei was awarded one of only six gold-belts by the Okinawan Government.

It is this rich knowledge and technique, passed down through generations and unfortunately lost in so much of modern Karate, that Soke provides to his students.  I have had the privilege of being Soke’s student for the last 30 years.  It is very obvious to me though, that at 67 years old Soke continues to advance his abilities. By that, I do not mean that he only becomes a better teacher with age, but that his Karate continues on the journey of improvement as he gets older, a phenomenon for which his father was well known.”~ Michael Noonan 7th Dan, Renshi

Other Chito-Ryu Karate-Do Dojo’s in Australia