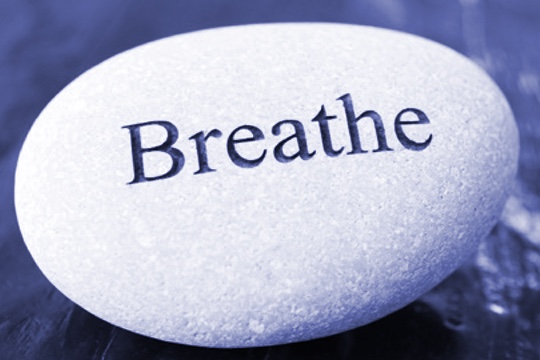 Good posture is a fundamental requirement for good health.  Poor posture results in muscle tension.  Muscles under tension have reduced blood flow and can not be properly nourished.  This chain of events will eventually lead to seemingly unrelated health issues such as headaches, pain in other parts of the body and dis-ease.

A person with poor posture is usually the result of several variables gone awry… not just one.  Poor eyesight, stress, depression, muscle imbalances, repetitive movements and soft tissue injuries could all contribute to the situation.  This article will address how breathing impacts your posture.

Many of the mind-body-spirit disciplines such as martial arts, yoga, and Pilates recognize the importance of proper breathing.  Voice instructors are also excellent sources for learning optimal breathing patterns.

Nasal Breathing vs. Mouth Breathing. The anatomy of the nasal passage has several unique features that conditions incoming air before it reaches the lungs.  The nasal passage has a series of ridges in it that causes incoming air to be swirled around as it passes through.  This swirling air then hits hairs and obstructions in the nasal passage.  Foreign particles such as dust and air pollution larger than the gas molecules of the air are captured and prevented from reaching the lungs.  This natural filter is very efficient at removing even the smallest foreign objects.

When breathing through the mouth the features and benefits of nasal breathing are bypassed.  Dry, contaminated air is allowed to reach the lungs directly resulting in reduced respiration capacity and increased risk of infection.

Mouth breathing may interpreted by the brain as a fight or flight reaction.  In a sense, the body is in a constant state of stress when can alter chemical and hormonal states.  Increased heart rate, compromised digestive processes, blood pressure changes and increased brain activity have all been linked to sympathetic responses to mouth breathing.

When the diaphragm moves upward it decreases the volume of the chest cavity forcing air to be expelled from the lungs.   The viscera that was forced down when breathing in is now allowed to return to its resting position creating the illusion that the stomach is smaller.

Secondary respiratory muscles include muscles between the ribs (intercostals) and muscles of the neck, specifically the sternocleidomastoid (SCM) and scalenes.

The intercostals change the volume in the chest cavity by increasing or decreasing the space between the ribs.

The SCM, which is that large muscle that attaches behind the ear and attaches to the sternum (top of center of the chest) and clavicle (collar bone) changes the volume of the chest by lifting the chest cavity up.  Likewise, the scalene muscles, which connect from the cervical (neck) spine and the first rib (top of the rib cage just below the clavicle) also raise and lower the rib cage.  The hyoid bone, in the neck, also has ligamentous attachments to the top of the lungs which help to raise the lungs up.

The constant contraction of the secondary respiratory muscles, to the tune of 26,000 breaths a day alters the length and tension of these neck muscles.  These muscles will tend to become tighter (hypertonic) and shortened as a result of overuse.  Tight, short neck muscles will tend to pull the head forward into a forward head posture.  Have you ever seen a person with their head sticking out in front of them?

Forward head posture not only alters the aesthetics of the individual, but also leads to headaches, migraines, muscle tension, reduced respiratory capacity, limited range of motion of the neck, increased likelihood of bursitis in the shoulder joint and shoulder impingement syndrome.

In order to maintain good posture and optimal health you must make it a habit to diaphragmatically breathe through your nose.  It is also a more calming breathing pattern.  Try it the next time you’re late for an appointment and the traffic congested.