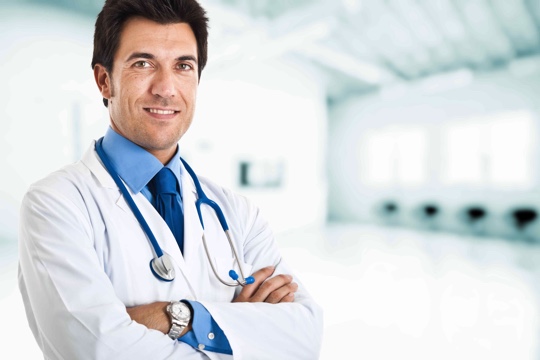 Here is an excerpt of an article I thought that many of you would enjoy.

After about three weeks of true martial arts training, a wide range of physiological changes take place. Practitioners will exhibit improvements in blood sugar, blood pressures, blood lipids, brain neurotransmitter balance, blood supply to muscles, and capacity of somatic muscles and the liver to store carbohydrate in the form of glycogen, calcium metabolism and other basic parameters. The changes are not mutually exclusive; interactions among systems and their functions are the rule.

These changes translate into better functioning of the body and brain, and overall risk reduction for such diseases as hypertension, type 2 diabetes, coronary heart disease, chronic respiratory disease, osteoporosis, obesity, anxiety states, mild to moderate mental depression, chronic fatigue, and breast and colon cancers. An increase in breathing exercises and forms training helped me recover from type 2 diabetes and I am no longer insulin dependent because of it.

The Brain and Nervous System

Martial arts training brings about remarkable changes in brain chemistry. The concentrations of various neurotransmitters that are responsible for facilitation or inhibition of nerve impulse transmission in the central nervous system — acetylcholine, norepinephrine, serotonin, dopamine, gamma amino butyric acid (GABA), glutamic acid, endorphins and others — are changed so that a new balance is attained. The clinical signs and symptoms that ensue are easier to record than the actual neurotransmitter levels, and many studies are in agreement on the emotional, behavioral and physiological changes that accompany martial arts training. A few recent investigations, however, have pinned down the neurochemical changes, as well. Eighty-nine year old Grand Master Yong Woo Lee, founder of JungDoKwan Taekwondo credits his years of martial arts training for his good health and mental sharpness at his age.

Among the early changes seen when individuals engage in a martial arts training program are mood elevation, heightened energy levels, enhanced self-confidence and self-esteem, lower anxiety levels, resistance to depression and improved coping ability. Changes in blood pressure and heart rate, which are, to a large extent, mediated by the central nervous system, occur soon afterward. Heart rate is slowed, and hypertensive blood pressure (systolic and diastolic) is reduced toward normal. Hapkido Grand Master Gary Pointer says: “Martial arts training keeps me going strong with a smile on my face! It is the ultimate mental and physical health program.”

Returning to the neurotransmitter connections with training, higher levels of serotonin and dopamine have been recorded following intense martial arts training. These would account for the mood elevation and antidepressant effects equal to those of regular aerobic exercise. Keep in mind that changes in GABA, endorphins and other neurotransmitters may well contribute to these psychological effects. There have been improvements in the physical capabilities of Parkinson’s disease patients following six to eight weeks of martial arts training. (Dopamine levels are commonly low in people with Parkinson’s disease.) In one patient, a 69-year-old Korean female, Soo Yong Kim of Shi-Hung City, anti-Parkinson medication was discontinued after martial arts training greatly improved her aerobic capacity while training at the JaeIl JaeYook Kwan school owned by ChungDoKwan Grand Master Jong Song Kim.

Also related to dopamine changes, some cigarette smokers can quit with few, if any, signs and symptoms of withdrawal. Ordinarily, nicotine addiction is difficult to break because high dopamine levels drop precipitously upon smoking cessation. Rigorous martial arts training can greatly elevate dopamine levels, and cases of smokers who quit easily may be taken as initial evidence that optimal levels of martial arts training can prevent a drop in dopamine with smoking cessation.

Continuing in the realm of psychological effects, a number of cognitive improvements have been documented in older adults who train rigorously. These include quicker mental reaction time and improved fluid intelligence quotients. Incredibly, Jae Son Myung (101 years old) of Inchon, Korea credits his sharp mental focus and quick reaction ability to his 90 years of classical Yudo training. It has been proposed that such changes may be the result of improved acetylcholine levels. Acetylcholine is a universal nerve transmission chemical in both the brain and somatic nerves. If acetylcholine is responsible, martial arts exercise should also benefit Alzheimer’s disease, which exhibits chronic acetylcholine depletion.

At the base of the brain is the small pineal gland, which releases melatonin, a hormone that influences such widely diverse functions as sleep/wake cycles and immune system integrity. The production of melatonin, related chemically to serotonin, is upset when people travel across several time zones. A marked reduction in jet lag can be achieved when a martial artist’s training schedule is optimal for frequency, distance and intensity.